Climate Grief – is it real?

Anxiety, grief, stress, even depression, are terms that as a generation we speak about a lot. At least in the metro cities. I think each of us, is somehow influenced by social media. Personally, I started using these online platforms right from the mere age of 8 or 9.

Back then, I don’t think people around me were even aware of what anxiety or depression meant. We didn’t use these words in our daily conversations as much back then. Life was much simpler. On the contrary, people are much more, so to say “woke” about these issues now. Even if they don’t exactly know what or how going through these issues feel, there is a basic idea as to what one can expect. There is also a lot of ignorance towards mental health but still people are at least more open to talking about them. Which is why I think we see so many people talking about mental health issues online. People are also coming out about their personal issues on these social media platforms.

The Coronavirus Pandemic struck. The world wasn’t ready for it. People got affected globally, and the world still is bearing the brunt of it. In India especially, hearing negative news became not so surprising. Issues that seemed mundane Pre Covid, now seemed so much larger in context. On online platforms, people also started talking a lot about how the world is coming to an end, and that the pandemic is related to an apocalypse. Climate change wasn’t a very unknown phenomenon before the pandemic struck, neither was it something that we did not see around us. Along with the boom in social media usage, there was a rise in mental health issues as well. Staying at home was difficult.

In the month of September, a new digital clock unveiled in Manhattan’s Union Square, claimed that it would tell exactly how long the world has left to act before an irreversible climate emergency alters human existence. The Climate Clock was unveiled by artists Gan Golan and Andrew Boyd. On Monday 21st September 2020, it warned at 1:30 p.m. that there were 7 years, 101 days, 17 hours, 29 minutes and 22 seconds until Earth’s carbon budget is depleted, based on current emission rates. A complete depletion would push the world into further turmoil and suffering through more flooding, wildfires, worsening famine and extensive human displacement. The timer counts down how long it will take for the world to burn through its carbon budget unless and until swift action isn’t taken to keep global warming under 1.5 degrees Celsius. 'If Earth’s temperatures increase by 1.5 degrees Celsius, the planet will fall victim to extreme heat waves, fires, droughts and limited water availability', a 2019 NASA report on global climate change warns. The clock also has another feature where is displays in green “lifeline”. This tracks the percentage of available energy being supplied from renewable sources.

22nd September 2020, Tuesday, the Washington Post made a post on their Instagram which read the above. The post today, has over 1.6 million likes, 23 thousand comments, and was also widely shared and spoken about in comparison to the other posts on the page.

The reason I chose to write on this topic was that learning about this fact per say did end up in putting me under a lot of anxiety. Although yes, I was able to control it and maybe even supress the thought, I do understand that I am trying to put in as much efforts as I can towards being helpful towards the environment, that's my contribution. Global change comes from personal change, is what I do believe. But anyhow it gave me food for thought. So, I decided to run a small survey with a very brief set of people around me, my peers, family, and a few elders, who are just about acquainted. The survey turned up with a mixed array of answers. I think the question regarding signs of climate change that we see around us and how does one feel that the pandemic has contributed to it (negatively or positively), was the one that put me through a little bit of nostalgia as well as grief. 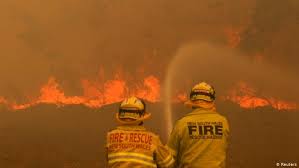 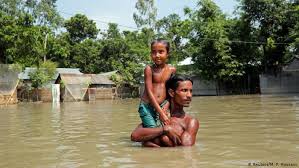 For one of the respondents stated the following

“Climate change signs have manifested in many ways” them being - Dangerous levels of air pollution in Delhi, Shortage of water /contaminated water, Extended summer season and inadequate rainfall, change in season patterns, Droughts/ floods etc due to excessive heat wave and excessive rainfall. Continuing the statement, she said “The COVID-19 pandemic has raised an awareness in people towards the importance of respect for nature and how excessive human exploitation can lead to negative climate change which will be beyond the control of human race. Whether it will actually prompt human beings to alter the way of living to positively impact climate is too early to state.”

Her statement I think is fair. This was the reality that made me feel grief. On the other hand, one of the respondents mentioned the disappearance of small birds and felling of trees, which was bitter sweet, sparrows and migratory birds were part of our childhood. Certain parks and trees where we spent our summers. They won’t be back any time soon.

The pandemic led to a positive change in weather, but did it really affect the climate? Not really. The maximum amount of global warming is contributed to by emissions caused by transportation, and that in no way has reduced. Things might have become better for a few days or even weeks, but not in the long run!

Did the factual statements from the post cause deep amounts of stress for others as well, and does it feel like an overarching deadline/doomsday prophecy? A general consensus was a yes, and why wouldn’t it be. It does quite literally talk about the eventual extinction of humanity. Yes, some of the respondents also did talk about how it wasn’t something which bothered them to such an overbearing extent, and that they were doing what they could. For example, one of the respondents replied by saying “No! I want to be an example for others in doing what needs to be done.” While most of the other answers were 'Yes’s'.

Climate grief or eco-anxiety is described by American Psychological Association as “a chronic fear of environmental doom” and as “a fairly recent psychological disorder afflicting an increasing number of individuals who worry about the environmental crisis” by Psychology Today. Turns out, it isn’t something that most people acknowledge. It is extremely rare that we actually have discussions about how the change is affecting us, not just physically, but emotionally and mentally as well. A few of the respondents are people who one would say are close to me, but I myself never new that this is what they feel about such a situation. It may seem trivial, even to you as a reader, but it is something that is taking a toll on people around us.

What can one do about it? Does climate grief have a positive effect on people- compelling them to move forward to taking positive climate action? Most of the respondents said yes, but the explanations also translated to how they weren’t sure about what they could do about it, caring for the environment is still not an essential need. It is some what like, for the lack of a better example, watching a classic act of road rage on the streets of Delhi, but not actually calling the cops, or doing something about it. Most of us live in denial, our minds — regardless of one’s political or socioeconomic status — are constantly looking for ways to tell ourselves that business as usual is alright. Which is also true because for the majority of the time that humanity has existed, we as a race have thought about survival till today or maybe till the near future. Our brain has mostly worked on immediate results! Lack of awareness and the amount of affect we have on climate change on a daily basis is present with most of us. Individually I do care about the environment, but do all my actions reflect that? No, they don’t. Being lethargic towards the whole issue is prevalent.

So, what can we do about climate anxiety and for our planet? One has to acknowledge the fact that climate grief and anxiety is a difficulty many people face. We have to understand that it is hard to face the reality that our homes and communities are not what they once were. A start to fighting climate grief and educating oneself on how to handle a changing climate starts with acknowledging whatever is happening – then talking about it with those you trust. By acknowledging how you feel, it allows you to determine the steps you can take and apply to take care of yourself. It can be hard to talk about something existential like climate grief and anxiety, especially with those who don’t understand it, seeking professional help, makes a difference. Finding people around you on an individual level, also might help.

The climate crisis isn’t an individual crisis – so work in teams, help each other and our environment! taking small steps to work toward the betterment of the environment may help and make a difference within yourself and your community, by taking action! Whether that’s joining a local NGO’s or activists or by just learning and putting in the effort in how to live more sustainably, every small action makes a difference. Recycling, composting or reducing food waste when possible are an easy step to take. Even looking into clean energy or taking public transportation when it’s possible can help reduce your footprint and be an easy way to practice sustainable self-care.

Small changes can lead to bigger ones, or they can even inspire others! To fight off tough feelings that may come with reading news stories about the climate crisis, these changes can make a world of a difference for your mental health and for the environment. Climate anxiety is difficult, but becoming the change you wish to see in the world can help you and the environment. It is understandable that reading or finding out about the changes are difficult, but at one’s own pace, educate yourself. By educating yourself, not only can you understand what’s happening to the planet and what you can do to make a difference, but you’ll also be able to understand what all those scary headlines really mean.

There is still hope for our planet and solutions do exist, so by learning more about the climate crisis, we can empower ourselves to understand how we can act and advocate for the future of our planet.

As I did mention before, “Global change comes from personal change” smaller individual efforts will eventually lead to a greater positive outcome!