Music serves as both a balm and excitant, awakening dormant passions or soothing the savage. In spiritual terms, music is considered a magical enterprise, the path for humankind to communicate with the gods. Well, all of this would still depend on who the artists plan to invoke, mystical beings from heaven or call upon the beasts from the fiery abyss of hell.

People categorise heavy metal as "loud noise", but we beg to differ. To us, it's easily one of the most lawless and enduring genres of music out there. At least on record, for roughly sixty years, hairy dudes from around the globe with their distorted guitars, have succeeded in making people bang their heads.

Contrary to popular belief, the culture which surrounds heavy metal is way more inclusive and accepting to people with different opinions. It has helped individuals seek out the best possible versions of themselves, to be able to express themselves in a way that's meant for them alone. While most of the musical trends ebb and tide, switching up drastically constantly, Heavy Metal has stood the test of time.

People view this music as overly brash, dumb, un-evolved, or even violent. But in reality, Heavy Metal could be hilarious; it could be elevating and life-affirming like the legendary Judas Priest to something dark and defying against society like Megadeth.

The notion that surrounds metal is a perfect reflection of western cultural history. Heavy Metal ranges from household names like Ozzy Osbourne and James Hetfield to the ruthless notoriety of the underground Norwegian black metal scene. This extensive culture (bordering on religion), includes hippies, junkies, Satanists, and murderers and has infiltrated the bedrooms of savage teenagers to the literal ashes of incinerated churches in Norway. Heavy metal has very evidently made its mark in every corner of the world. 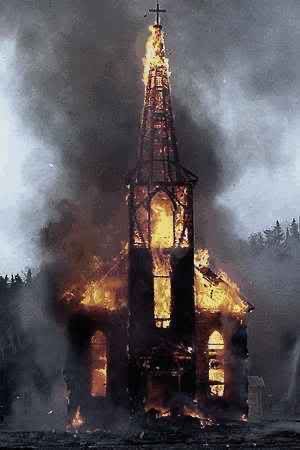 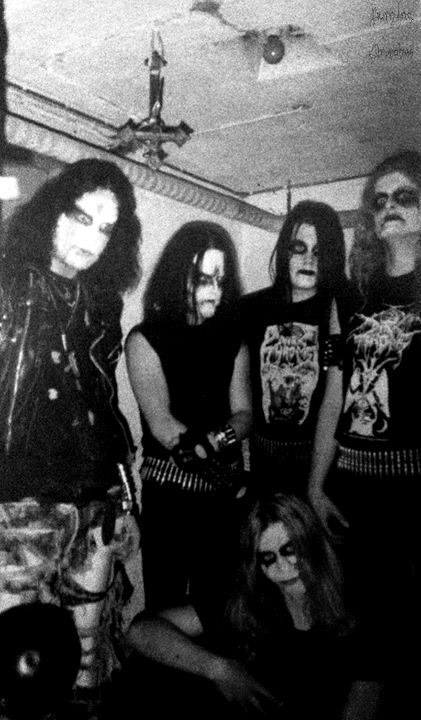 If one mentions heavy metal, the countries that come to one's mind may be UK, Norway, US etc. But never before the last 20 years did one imagine India having a metal scene. It's not easy being a metalhead in India. The shows that happen in India are small, infrequent, but jampacked with passionate metalheads.

To trace back the origin of Indian Metal, many site Bangalore based band Millennium as the country's first metal band, formed in 1988. They started their career as an Iron Maiden cover band before garnering success with their originals in the '90s, also supporting Deep Purple and Megadeth during their shows in India.

By the end of the '90s, more bands like Dying Embrace and Fate came into existence, propelling the scene further. The 21st Century then introduced bands like Sceptre, Demonic Resurrection, Kryptos, Pin Drop Violence and Zygnema who dominated the stage with their extensive releases and performances. Ten years into the 21st Century, YouTube, MySpace and Bandcamp helped these bands get their music across the world and reach a broader audience.

Watching these bands rise to fame, India gradually saw thrash, prog, doom, Grindcore, noise, death and black metal groups come up all over the country. In recent years, several instrumental and “djent” bands have come up.

This has drastically changed in the last 6 years with the audience turn up reducing substantially, along with the monetary returns. But bands like Undying Inc, Bhayanak Maut, Demonic Resurrection are still keeping the spirit and produce fresh music.

If you are a heavy metal enthusiast and not heard of the term djent, you have probably been living under a rock. There are two different camps when it comes to discussing the origin of this term and the sub-genre of progressive metal. While many on the internet consider Periphery mastermind Misha Mansoor as the inventor, while he credits Meshuggah guitar player Fredrik Thordendal as the originator.

Is djent even a word? No. At least not in the dictionary. The term is an imitative harmony of the distinctive sound of the high gain, low pitched guitar sound involved in the genre.

Characteristically, djent as a style is fun to both play and listen to. It certainly confuses a lot of listeners with its rhythmic complexity, densely layered songs and polyphonic groove. The syncopated riffs and use of polyrhythms turn a lot of heads.

A casual listener might find it difficult to “find the beat,” with many videos of people struggling to bang their heads to the odd-timed rhythms. The genre is a subject of lots of light- heart memes on the internet often initiated by the top artists including Periphery, Animals as Leaders, Monuments and New Delhi-based band Skyharbor.

Despite there being hundreds of bands and artists, djent as a style sounds different with every artist, many of them experiment with various sounds and instruments. Periphery influenced a lot of artists into taking the DIY approach to releasing music. They inspired a lot of bedroom artists to come into the limelight, much like their own rise to success.

How we absorb it

Sometimes a "metal phase" could either just be during a kid's rebellious years, where they're loaded on pints of Redbull, or it's merely a lifelong membership in the mosh pit. There has hardly ever been an in-between. Being influenced by Heavy Metal culture for us is more than just a form of art. It's a way of deep expression of everything we go through during our years "growing" up. It has a tendency to capture and release the sort of emotions we feel naturally during that time. The very nature of metal music traps it beautifully, with the high-pitched screeching, howling, gruff voices, ground-shaking riffs, obnoxious bass, and not to forget the frenzied drums.

Come to think about it, what is the state of Heavy Metal in this age and time? With such a vast number of genres that have recently come up, metal can barely be seen anywhere. But even then, the whole scene is still extremely active in its own little corner. Since metal is the ruler of sub-genres. Black metal, post-black metal, Power metal, Celtic Metal, Doom metal, Gothic metal, and the list could go on. People then get to experiment with each one and come up with a fresher perspective and newer music.

In many ways, the world of metal has had their "eras" too. Starting from doom metal with Black Sabbath, all the way forward to the gigantic eras of death and thrash metal, to heading in the direction of glam metal in the '80s, the short-lived "core" scene and now the last few years have seen more djent artists sprouting from their shells, fuelling more musical innovation among metal artists than ever before.

Like every music style, metal has left its mark in our culture. While it has almost been buried under heap loads of tame, predictable, monotonous hinging on boring flows, it will continue to hold a unique place in the world of music. It might just tilt the scales in its favour sometime in the future.

The Do Re Mi Files